CREATE YOUR OWN EMAIL ALERT ➤ 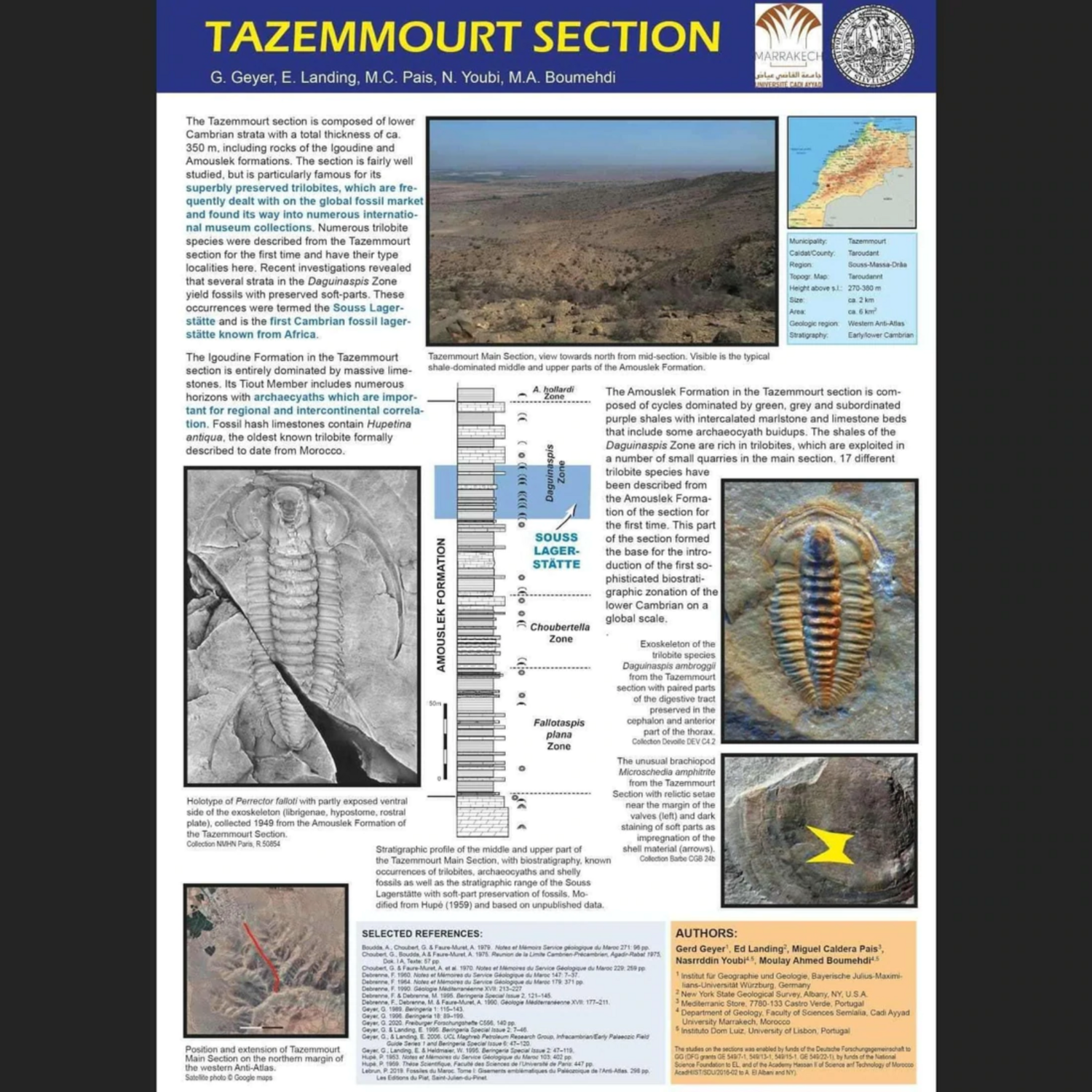 The Tazemmourt section (Fig. 1) is composed of lower Cambrian strata with a total thickness of ca. 350 m. It includes rocks of the Igoudine and Amouslek formations. The section is fairly well studied (e.g., [1]–[6]), but is particularly famous for its superbly preserved trilobites (extinct marine arthropods with dorsal skeletons mineralized by calcium carbonate). Many trilobite species were described from the Tazemmourt section for the first time and have their type localities here ([1], [8]). In addition, the vertical sequence of fossils seen in the section is the basis for the biostratigraphical subdivision in the Atlas Ranges. This fossil-based zonation is part of the most important relative time subdivisions of the Cambrian Period in the West Gondwana paleocontinent and globally (e.g., [1], [6], [9]–[11]).

Recent work has revealed that several horizons in the Daguinaspis Zone (based on trilobite fossils) of the Amouslek Formation yield animal remains with well preserved, internal soft-parts. These occurrences were termed the Souss Lagerstätte, and this is the first Cambrian fossil Lagerstätte known from Africa ([12], [13]).

This is an open-source publication. Follow all the steps in your email (including signing up to our Store) and you will receive the download link.

Save this product for later
Display prices in: USD